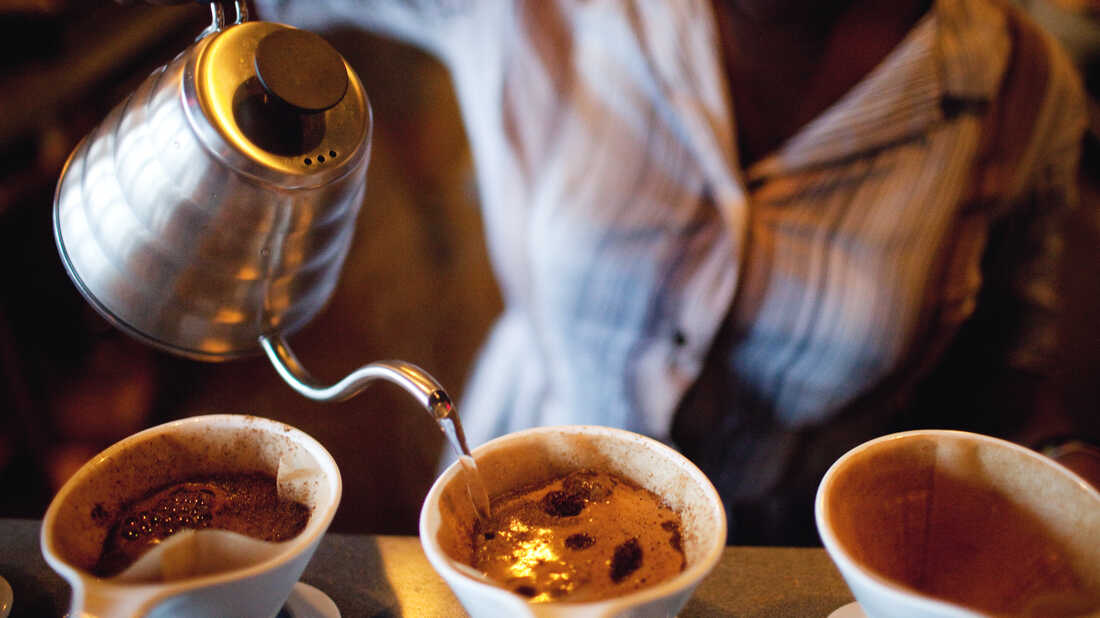 I love coffee!! There’s nothing like the smell of coffee to start off the day! Growing up, we did encounter a few myths about coffee. Some of them say that drinking coffee causes increased risks in causing heart diseases, hypertension, stunted growth and tooth decay. These claims were said to be controversial though. I researched more about coffee and found out that drinking appropriate amounts actually does have health benefits. Here are some of them:

ANTI-OXIDANTS
Coffee is rich in anti-oxidants that prevents oxidation, a process that causes damage to cells and contributes to aging. Anti-oxidants can also be found in most fruits and vegetables such as berries, beans and pecans but these are consumed less frequently as compared to coffee. In fact, a 2005 study found that Americans get more antioxidants from coffee than anywhere else. More than half of adults drink coffee daily, and the average coffee drinker downs about two-three cups each day.
IMPROVED MENTAL PERFORMANCE.
Caffeine in coffee is a well-known stimulant. Coffee promotes alertness, attention and wakefulness. The cup of coffee can also increase information processing.
TOOTH DECAY
A compound in coffee called Trigonelline has anti-adhesive and antibacterial properties, which helps prevent cavities. This is really something new!
PARKINSON’S DISEASE
Regular coffee drinking reduces the risk of Parkinson’s disease. A number of studies published found in The US National Center for Biotechnology Information have demonstrated that people who drink coffee on a regular basis are significantly less likely to develop Parkinson’s disease. 6 studies have found that regular (caffeinated) coffee drinkers reduce their risk of developing Parkinson’s disease by as much as 80%. That’s great news, right??

LIVER CIRHOSSIS
Studies have confirmed that drinking coffee may protect against liver cirrhosis, especially alcoholic cirrhosis. The risk for this condition is reduced by 80% with the ingestion of 2-4 cups of coffee each day.
PROSTATE CANCER
In 2009, two coffee studies suggested additional benefits: Coffee-drinking men seemed to have a lower risk of advanced or lethal prostate cancer than other men, and middle-aged people who drank moderate amounts of coffee — three to five cups a day — had the lowest risk for dementia and Alzheimer’s disease later in life compared to less (or more) frequent drinkers.
However, too much of everything is always never good. So how can you drink coffee in a healthy way? Here are some great healthy coffee drinking tips.
DOSE
Limit your coffee intake to 2 8-oz cups per day. Any more than that is considered as a heavy addict. (I know. I’ve been there).
Listen to Your Body
If you feel restless, heavy palpitations, throbbing headaches, tremors and anxiety, you may be dependent on a lot of caffeine each day. Replace 1 or 2 cups of coffee with green tea instead. Green tea has much less caffeine than coffee and is great for you!
Check Your Coffee Mix
Do not jack up your coffee with sugar, milk, syrup and whip cream (So I guess that means no Starbucks, huh?). Use stevia or xylitol to sweeten and avoid all the empty, harmful calories. A teaspoon of half and half won’t hurt either. Please oh please, do not use any of those flavored creamers.
In my opinion, coffee is great! I love the taste, the aroma and the way it just wakes you up in the morning. The feeling of just being “refreshed” or more like being “revived” after a cup of coffee most definitely brings pleasure and comfort to most of us. I drink about 2 cups every day but of course, too much caffeine is not healthy. There are also some people who are extra sensitive to even small amounts of caffeine. If you wanted to be sure how much caffeine is healthy for you, go ahead and seek your doctor’s advice.
Nutrition

The Truth About Coffee

By Kevin DiDonato MS, CSCS, CES The smell of a fresh cup of coffee in the morning can be mesmerizing. For some, coffee is the perfect way to wake them up in the morning. And for others, coffee can create FEAR. Why? The consensus on coffee and your health is blurred. In fact, there are studies for both sides one for and one against coffee for health. So the question remains: is coffee beneficial or harmful to your health? You decide for yourself. Coffee Coffee is full of powerful antioxidants and phenols which may reverse aging and may slow age associated disease process. Coffee may also reduce sex hormones like testosterone and estrogen and improve glucose metabolism. Coffee also has caffeine which may be addictive. But caffeine may also enable your body to do wonderful things. For one caffeine is a stimulant to your central nervous system which keeps you alert and functioning. And stimulation of your CNS may also increase metabolism. You may be able t

Importance of a Mindful Breakfast

Breakfast is the most important meal of the day. Very important, indeed. Breakfast helps us to kick off our day the right way as the start of the day is the only time that eight, and perhaps ten or more, hours have gone by between meals. One reason why some of us mindlessly nibble, munch and eat all day could be that they don't start the day off right by eating a nutritious breakfast.